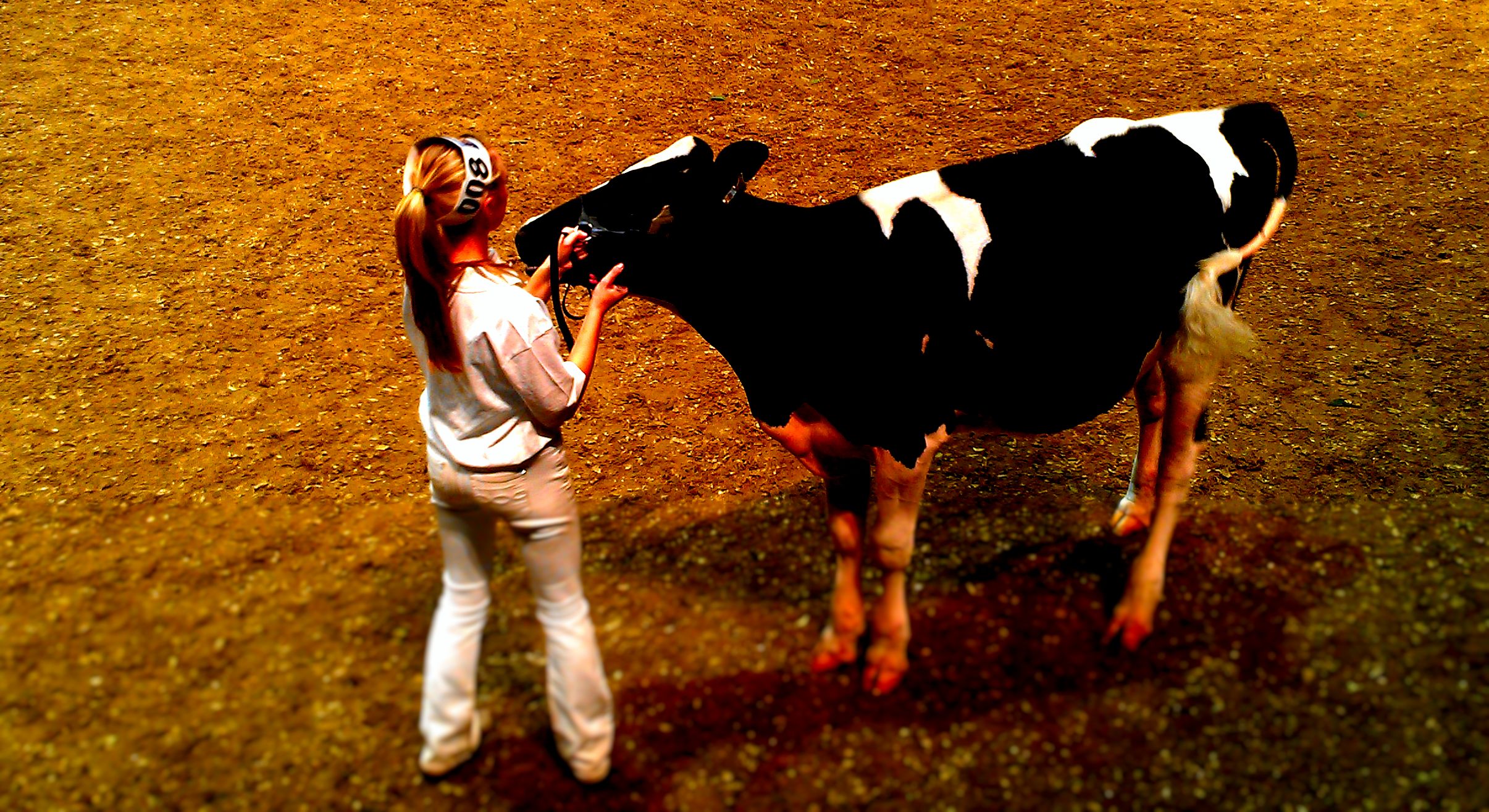 The Ontario Royal Agricultural Winter Fair, a.k.a ‘The Royal‘, held annually  in Toronto since 1922 has proven to be an integral component of my food education.  It has now become a  tradition for me and the family.  I have written about The Royal in past iterations of the Beech Tree blog, and this year was somewhat special given that I attended the event as a restaurant owner for the first time. This gave me a different perspective over previous years for which I was merely a home cook and sometimes food blogger.

I believe anybody that has a passing interest in food must make an effort to attend events like these – it is an opportunity to get up close and personal with actual farmers, animal breeders, foragers and fisherman.  These are the flesh and blood people who are responsible for the food supply and production for one of North America’s largest metropolitan areas and population centres.  Many are multi-generational, family farmers. They work very hard, and frankly for the most part, they don’t make a lot of money doing what they do.  They have to maneuver within a Kafkaesque government bureaucracy that favours massive corporate interests over independent small-holders, at the same time trying to dodge food politics and having to explain their every practice to a newly-empowered foodie consumer class. This is all in an effort to produce goods efficiently enough that customers can continue to enjoy what is truthfully, an artificially low cost of food in this country. It is not an easy life for these people.  This is not to say that I like all the practices I see at the show. I have written at length about egg farming practices in Ontario. I am not wild about sow enclosures prevalent in pig farming, or feed-lot beef, but I also understand that some of these practices are the only solutions that farmers have to work with without raising their prices prohibitively.  Some of the biggest presenters at the Royal are actual genetics companies that buy and sell semen to aid in reproduction – hardly the rustic farmer’s booth one might expect. However the old days of sending a stud bull out on to the pasture and hoping for the best are over. There is simply too much pressure on the farmer to get those cows pregnant. When I first started reading up on food production and provenance, my first thought was to blame the conventional farmer or cooperative and their cruel practices and their ‘profits-first’ approach to our food supply. As I have said in the past, it is easy to sit on a high horse as an urban food-enthusiast, having read Mark Bittman or other writers on the subject and lay blame. But one must understand the pressures that many of these farmers face. Like any thing in the world, there is much more grey area than black or white. I also realize for every small struggling family farmer, there may be a massive corporate interest working right next to them with  patented super seeds from Monsanto and profits through the roof.  The small guys that are trying to do it right are going broke in the process. For that reason, I think it is more important to actually meet and talk to a farmer than write self-righteous tweets about the evils of corn-fed beef or herbicides. But I digress.

My children come with me, and I make sure that I take them into the dirtiest, most manure-covered, hay-strewn areas of the show to see where meat really comes from.   This time around we were were lucky to arrive just as beef and dairy farmers were prettying up their show animals. It is not unusual to see a heifer getting a shampoo and blow dry before the big entrance. As seen in the photo at the top of this page, they are put on proper display. Despite being shameless townies, my children are not afraid of farm animals, I suppose because I drag them to shows like these all the time. They are the first to stick their carrot-like fingers into the paddock of a massive-toothed Clydesdale. They want to feel the bristly hairs of a Tamworth piglet and they giggle at the shenanigans of rowdy, goat teenagers. My wife, ironically the daughter of a farm folk, is always quick with the hand sanitizer on such occasions – despite that, the show reminds her of her late father who was a regular attender of the Royal, allowing him a walk down memory lane to the post-war Croatian farmstead of his childhood.

The earthy and not unpleasant smell of hay, manure and misty-breathed animals on a cool autumn morning stirs something deep, like a sensory time-machine. I believe lurking somewhere in our brains we retain the memories of our agrarian past, to a time when chickens scratched and pecked freely and almost all of life’s activity was related to food production. There is a quaintness here, an almost  anachronistic appeal that perhaps may be a hopelessly romantic notion of simpler days gone by, but then again maybe not. It makes one think about our past and how we have come from a largely rural tradition and that living in big cities used to be the exception and not the rule.  I think for children, it is a priceless education. I sometimes feel that the further away we move from the means of our food production, perhaps the less healthy we will become. I could wrong, but that’s just my gut.

(On a side note, I sat through my children’s remembrance day ceremony at their school, and as sombre as the occasion was, I couldn’t contain a sort of half-smile realizing that for all the disorienting changes in the world since the 1970’s, it was so reassuring to see  an awkward child, stammer through Flanders Fields, another brap out a slightly off-key ‘Last Post’ on the trumpet, while  the rest of the squeaky-shoed kids squirmed and yawned on the gymnasium floor. Besides the laptop projector, it was more or less identical to my memory of  November eleventh thirty some odd years ago. It’s nice to know some things don’t change.)

The Royal also brings to the forefront new, cutting-edge approaches to agriculture. One such discovery was a company called Nature Fresh Farms. This is a completely enclosed, self-contained farming system that has no actual connection to the soil, but instead uses a sort of recycled organic matter along with small amounts of water to grow tomatoes, peppers and other summery veg throughout the better part of the year in massive space-age green houses. I first heard about this kind of farming on a BBC cooking show hosted by Michelin-star chef (and one my favourites), Raymond Blanc.  This method of farming creates a much smaller footprint on the land – the tomatoes grow ‘up’, often very high. Instead of depleting the existing soil, they use mulch and recycled building materials as a growth medium and the same material to heat the boilers that keep the greenhouses warm in the off season.  The interiors of these greenhouses are naturally insect and weed free, so pesticides are not necessary, although bees need to be introduced to propagate pollination in this most unnatural of environments. This is a verifiable sustainable, clean and environmentally friendly approach to farming. What more could one ask for? Well, it got to the heart of my romantic waxing about the farm life.  This type of farming removes both the soil and season from growing. Raymond Blanc’s reaction to this style of farming was to say that fruits and vegetables should grow in the soil; that when he was a child in France, his father would make him literally taste the earth in their garden to understand its goodness. The greenhouse executive attempted to convince him otherwise. The proof of the pudding is in the tasting and when Chef Blanc actually tries a tomato, he proclaims it a ‘very good tomato…not the best…but very good’. In my eyes, to produce ‘very good tomatoes’ using a fraction of the the land and resources must be a good thing. Raymond Blanc concludes that he cannot disassociate the vegetable from the soil, but he was nevertheless impressed with the efficacy of the operation.

At the Royal, I was given the same opportunity as chef Blanc. Nature Fresh was selling their wares at the market and I was able to take some home and try it: an Ontario tomato grown in October!  Chef Blanc’s assessment of the British tomato was comparable to our Ontario version;  it was not the best tomato. In fact, I didn’t even think it was very good. It tasted like any imported tomato in winter would taste; pale and dryish interior, slightly mealy, lacking in sweetness and complexity. Are the Nature Fresh tomatoes better during the sun-drenched days of July and August. I’m willing to guess yes. Yet, another part of me, the sensible part, thinks that if we can grow satisfactory produce using less land and resources, why wouldn’t we?  Is our connection to the seasons merely a romantic notion of the past that can be overcome through science? In effect, it is already happened. Cheap imports have made it possible to eat watermelon in January and asparagus all year around – however these frequent flyer vegetables require fossil fuels and other resources to ship them around the world. The Ontario green-house tomato has  carbon footprint that is so much smaller. To me, if such an enterprise could reduce international imports of off season produce, it is a step in the right direction.

Maybe my romantic notion of seasonal, earth-bound fruits and vegetables will one day be a thing of the past – that pure efficiency and ingenuity will be the only way to feed future generations as fuel prices rise and food trade becomes more local. I suppose one can get lost down the rabbit hole on this topic.

Besides the more serious discussions surrounding feeding the populace, the Royal also provides some sublime examples of old school vegetable showmanship. I saw a pumpkin easily as big as a Volkswagen and a cabbage that was reminiscent of H.R. Giger’s Alien.

All these things aside, the Royal is an excellent way to get in touch with our recent, agrarian past, but also it might provide a window on the future of food production, indeed,  a rich learning environment and a heck of a lot of fun.