Please be advised that due to our small space, we have a two hours seating limit for parties of four or less.

THE BEECH TREE STARTED OUT AS SOMETHING RELATIVELY CONCEPTUAL …

A lucky opportunity in a sleepy eastern Toronto neighbourhood; an old, slightly tired diner that had been painted over a thousand times and seen enough turn-overs that some of the past iterations had long been forgotten. The property was scooped up promptly…if slightly impulsively.  What followed was a do-it-yourself restaurant built on a shoe-string budget. No industry insiders were involved, no major investors, no architects nor contractors had a hand in the building of Beech Tree. It was made from scratch by regular people. In the end, a space with a little old-world charm emerged from the ashes.
Following that was the addition of Jamie Newman, former sous chef at an acclaimed fine dining restaurant downtown. The home cook sat down with the newly hired Chef and they proceeded to bang out a menu.
The Beech Tree Kitchen represents an empirical approach to cooking. You’ll find cooking that was originally inspired by traditional English country cooking with a modern and refined edge. Our food ethos is largely influenced by a collection of British chefs including Hugh Fearnley-Whitingstall, April Bloomfield, Marco Pierre White, Heston Blumenthal and Tom Kerridge (to name a few). 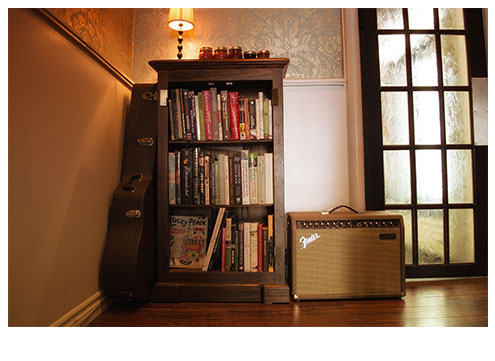 But this starting point has been further developed to include Ontario-centric interpretations of Italian peasant food, the occasional French classic as well as twists on dishes from North Africa, Spain and anywhere that good ingredients might guide us. We started out playing the role of an upscale pub, but those constraints have since been abandoned and now we cook whatever the hell we want. We aim to create un-fussy, tasty food that is accessible and familiar yet created with an eye for precision, flavour and seasonality.  What started out with four wines has since grown 16. We have a full bar and an extensive cocktail list. We have four craft beers on tap, and several bottled and canned products.